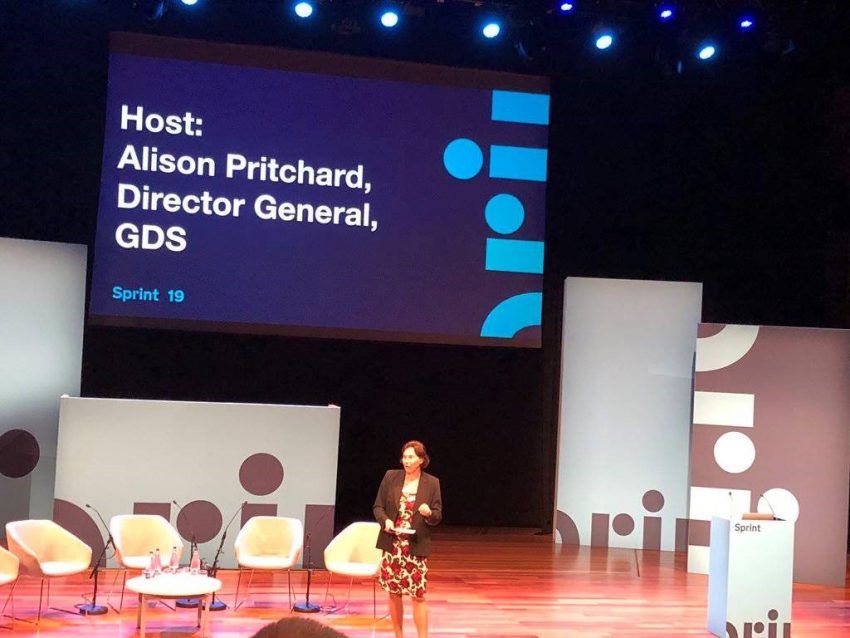 As product owner of the Learning Hub, I attended the Government Digital Service (GDS) Sprint 19 event last month in London. The aim of Sprint 19 was to bring together people working across government to learn more about how digital transformation is improving people’s lives. It also looked at the work GDS and digital teams across government are doing to solve the hardest problems as well as their future focus.

The host for the event was Alison Pritchard, Interim Director General of GDS, a very inspiring, astute and funny lady (a comedy writer too!) Alison did a great job in setting the scene and seamlessly moving us between the topics we would cover on the day. The Rt Hon Oliver Dowden, Paymaster General and Minister for the Cabinet Office delivered his talk in the form of a retrospective (looking at what has gone well and not so well over the past year), which I thought was a clever nod to the agile way in which we work to build digital solutions. He spoke about the progress made and the work done, including work on the GovTech Catalyst, the publication of the Technology Innovation Strategy and the guide to using artificial intelligence in the public sector, the impact GOV.UK Pay and GOV.UK Notify are having, work on GOV.UK Verify and digital identity, and the role of the GDS Academy in upskilling civil servants to enable transformation.

John Manzoni, Chief Executive of the Civil Service and Permanent Secretary for the Cabinet Office advised that “collaboration is key” and “if we see it happening at local level, we must take the barriers away and enable it”. Powerful messages in enabling digital transformation.

John introduced a showcase on digital collaboration across government, which included staff from:

– The Department of Work and Pensions (DWP) talking about how the DWP Digital team is using and sharing data to tailor support for jobseekers in different regions.

– The Department for Transport (DfT) talking about the Blue Badge Service, which was the most complained about DfT service but now has a 60% application completion rate and is projected to save £4.75 million.

– GDS talking about how GOV.UK has worked with departments to prepare for the European Union exit.

GOV.UK is the single website for all central government services and information. Since launching in 2012 it has replaced over 2,000 government websites with just one!