Ok, so it isn’t quite my first Hackathon (I was at AMEEHacks in Glasgow last September as an observer), but it’s the first one I’ve been involved with organising and certainly the first I’ve had any significant involvement with from a development and mentoring perspective!

What is a Hacakthon?
I’m Richard and I work with Health Education England to improve access to Technology to support education in healthcare. When describing a hackathon, I have found myself having to explain to a number of people that we’re not trying to break into government computers and steal data or try and expose flaws and weaknesses in Smartphone technology, but it’s actually a way of developing, improving and positively disrupting the delivery of healthcare education!

A Hackathon (or Hack for short) brings together the brightest, most creative minds in technology, education and healthcare to address some of the biggest challenges in healthcare. The #TELHack event is being hosted by Health Education England in conjunction with Hack Partners.

First impressions
The launch event was a whirlwind of crazy ideas with some gems rising to the surface, quickly becoming viable and genuinely exciting ideas, to positively disrupt healthcare education. 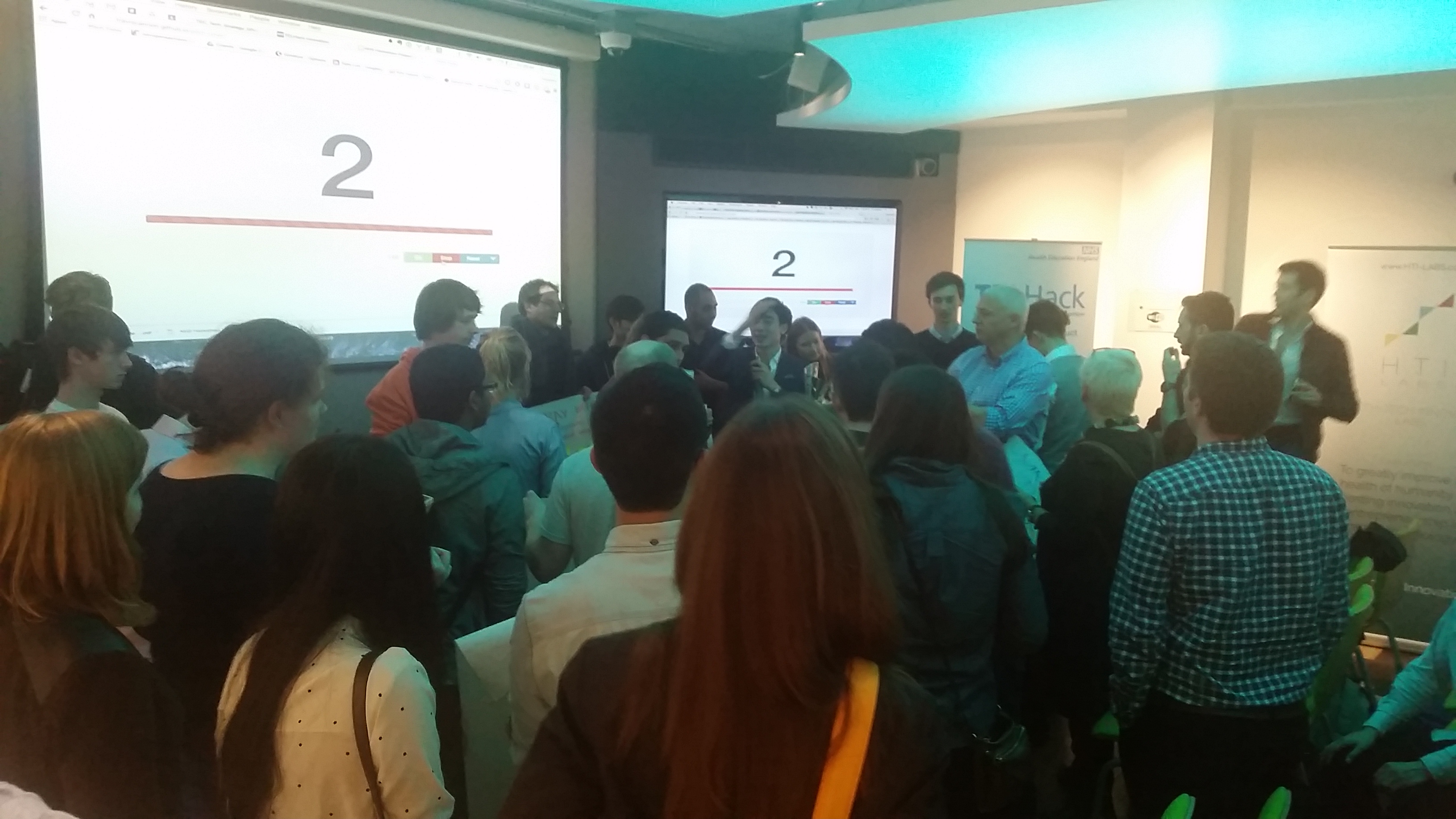 It’s hard not to get swept up in the enthusiasm and excitement of the event, even if as an observer it isn’t always possible to keep up with what’s going on! What genuinely surprised me was the quality of the ideas. In less than two hours, the teams had formed, pitched viable concepts and were starting to develop and plan their ideas.

Arriving Saturday Morning
Following a good night’s sleep, the teams were up early Saturday morning, having had the evening to reflect on their ideas and had already commenced development of their ideas. For me, it was an opportunity to speak with the teams and get a feel for how they were planning to implement their ideas (in particular it was an opportunity for me to play with some of the coveted toys and gadgets which were available for testing and hacking!).

A heart burrito lunch is where I conclude this post. I will update when the teams have started to build their products from the weekend!